Earlier, the government was mooting to set up the 4,000 MW plant on imported coal 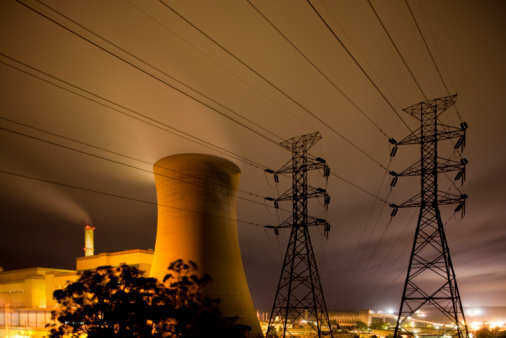 The Ministry of Power is looking to set up the much-awaited Cheyyur ultra mega power project (UMPP) on domestic coal instead of imported coal as planned earlier. Speaking to media here today, power, coal, renewable energy and mines minister Piyush Goyal said the energy department of Tamil Nadu has agreed to the Center’s request to change the project’s fuel source from imported to domestic.

“The state has agreed to now set up Cheyyur UMPP on domestic coal. The Centre will now start the process and allocate a coal block to the project,” Goyal said.

The current government led by Narendra Modi has been stressing on the use of domestic coal. In the last three years, Coal India’s production has increased by over 90 million tonnes. The ministry has set a target of 1 billion tonne production by state-owned Coal India by 2020.

The government has been working to bid out UMPPs at Cheyyur in Tamil Nadu, Bedabahal in Odisha, Banka in Bihar and Tilaiya in Jharkhand. So far, the government has approved bidding documents of imported coal based projects and the details of domestic coal based UMPPs is yet to be cleared.

Kolkata: The 4,000 megawatt coal-fired Cheyyur Ultra Mega Power Project is likely to be a non-starter at best or a financial disaster for consumers — Tamil Nadu Generation and Distribution Company (TANGEDCO) and the state government — if it gets built, according to a recent report by the Institute for Energy Economics and Financial Analysis (IEEFA).

The report assessed tariff rates and risks associated with the Cheyyur project after the government proposed revised bidding guidelines to make the project more attractive in response to the withdrawal of prospective bidders who said the project was too risky.

“Even with revised guidelines, the risks of the project remained daunting enough to deter investors and lenders,” IEEFA said.

Read about the viability issues on the new coal-fired projects.

NEW DELHI: The finance ministry has sought a presentation on the feasibility of power projects running on imported coal from the power ministry, expressing concern that cost of such projects could be subject to changes in law internationally.

“The finance ministry has asked for a presentation on the feasibility of such projects next week.

It is expected to also raise concerns over the possibility of blending of coal for such projects,” an official close to the developme ..

Hyderabad: Looking to exit the stalled 4,000 megawatt (MW) Krishnapatnam power project, Reliance Power Ltd has written to the Andhra Pradesh government suggesting that it could be done on similar lines to that of Tilaiya UMPP (ultra mega power project), which was acquired by procurers from the company.

Reliance Power has said the Krishnapatnam UMPP, which was awarded to it in 2007, could not be taken forward due to escalated coal cost from Indonesia, among other factors. The Krishnapatnam UMPP is located in Andhra Pradesh while Tilaiya plant was in Jharkhand.

The government in its Mid-Year Economic Analysis for 2015-16 fiscal said, “In a meeting held on July 21, 2015, representative of government of Chhattisgarh has informed that due to surplus power in the state, the government is not keen on setting up the UMPP at present.”

Read more at:
http://economictimes.indiatimes.com/articleshow/50236923.cms?utm_source=contentofinterest&utm_medium=text&utm_campaign=cppst
A proposed power plant in the coastal taluk of Tamil Nadu could destroy the natural ecosystem and have disastrous consequences.
Nityanand Jayaraman
As flood waters recede from Chennai after a prolonged spell of heavy rains, the role of unwise land use in the city’s predicament is becoming clearer. While not much can be done to salvage an overbuilt city, these mistakes can be avoided in other places. But in their hurry to industrialise, the Central and Tamil Nadu governments appear set to repeat past errors.
Read full story here

CHENNAI: The devastation brought about by the Chennai floods this month could be replicated at Cheyyur because of the upcoming Ultra Mega Power Project there, warn environment activists.

According to the activists in the Community Environmental Monitoring program of environmental group The Other Media, the Cheyyur project would effectively block drainage from several of the area’s lakes into the Odiyur Lagoon, causing floods in the region in the event of heavy rainfall. They claim that the power plant was being build too close to water bodies.

Even as Tamil Nadu contends with rising electricity rates, the Cheyyur UMPP will place an upward pressure on electricity tariffs in the state, says a research report prepared by US-based IEEFA
The 4,000MW ultra mega power project (UMPP) worth Rs24,200 crore at Cheyyur in Tamil Nadu is financially not viable and would only make electricity unaffordable in the state, says a report.
The report prepared by US-based Institute of Energy Economics and Financial Analysis (IEEFA) for Chennai-based Indian Institute of Public Policy (IIPP), says, “…the tariff for consumers would be Rs4.9 per kWh (unit) in 2021, its first year of operation, and an average tariff of Rs5.95 per unit over its 40 year life. Every year of delay will push up costs further. These rates are up to five times higher than tariff costs at other UMPPs and coal-fired power plants.”
Read full story here: http://www.moneylife.in/article/cheyyur-umpp-will-make-electricity-unaffordable-in-tn-says-report/41836.html